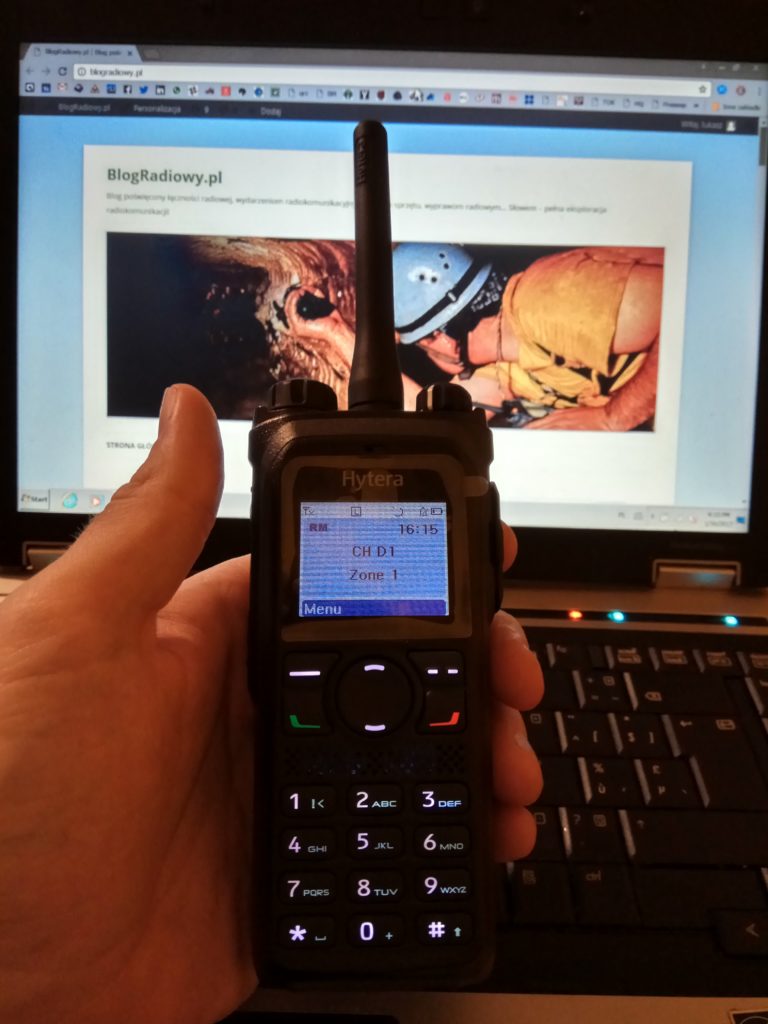 I have it! Long time ago I heard first time about this „special” toy for growned boys. Analog-digital transceiver Hytera DMR PD985. Based on older and good known radio Hytera DMR PD785G, with GPS (quiet fast fix! Faster than PD7) or Man–down, with BT functionality of X1p (or additional accesories), and completely fresh options, including clock 😉 and  Single Frequency Repeater. So…. let’s have a party!First of all, unboxing. Nothing special: radio, antenna, battery, belt-clip, leash, charger, user manual. On the video You will see that this is high-end stuff. The same type of box is used only with X1 devices. All others have flat boxes.

As You see there is a strong resemblance to the model PD785. After placing the two devices side by side you can see that the new model is slightly taller and wider. 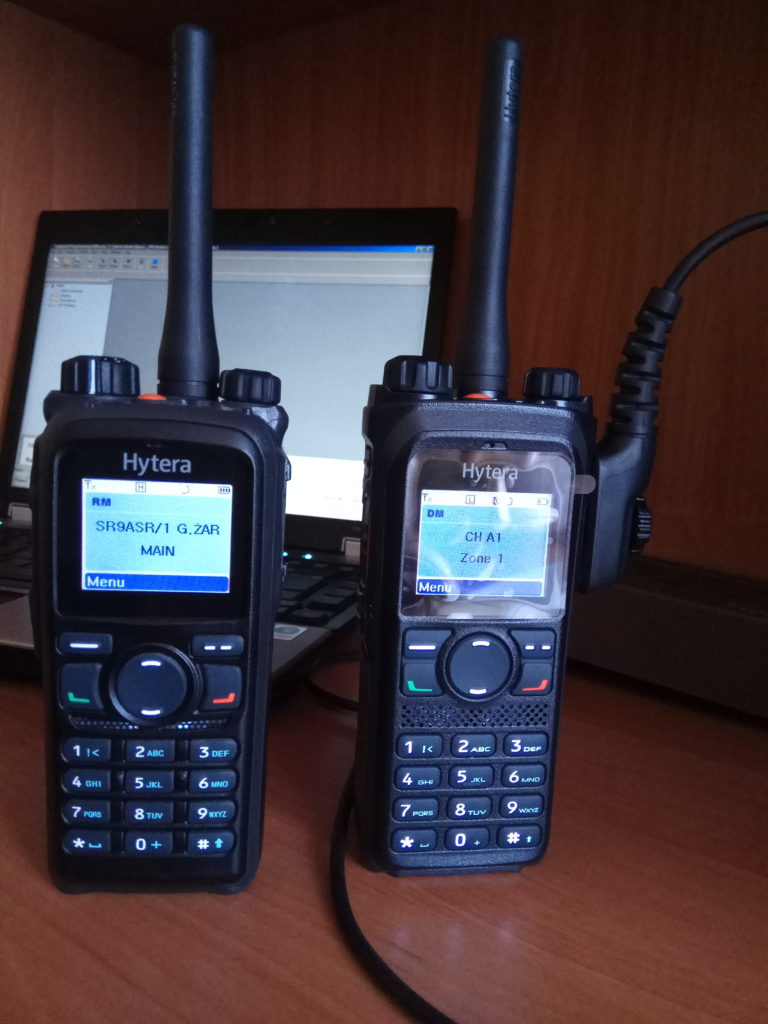 Significant changes in appearance include a raise of waterproof and dustproof to IP68 level. Further smoothing of the enclosure below the speaker, which I think came out this model very health.

Almost all of the buttons are also larger, which is useful when working with gloves, and better highlighted. Also changed the LED next to the antenna. Now is blinking to me with richer colors.

Looking at the top of the radio is immediately noticeable rotary knob 360 ° (so good bye 16 channels zones [I know, I know, you’ve could already ride between zones using buttons, but it was still 16 channels …]). And the top performances in the housing. My first association – APX8000. As soon as everything will look like;) 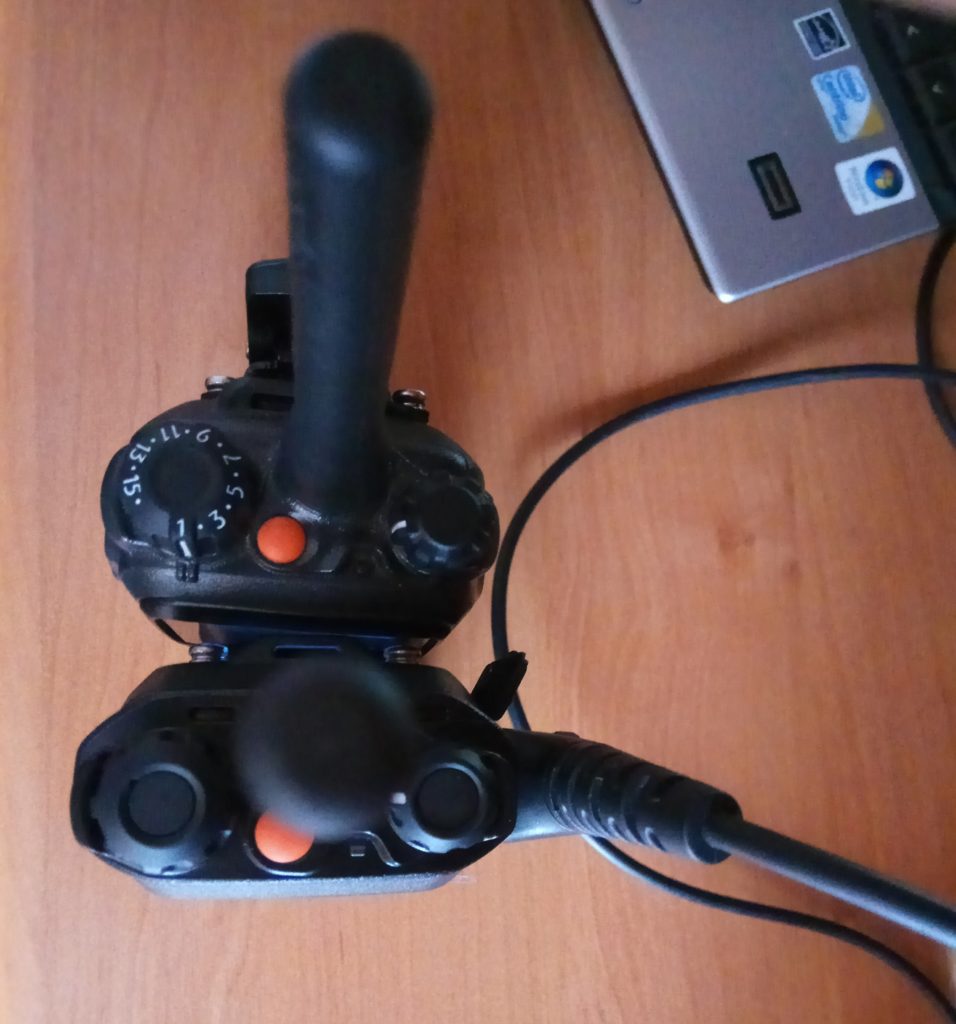 The same layout of buttons and knobs, the type of antenna connector and accessories – all of these have been not changed.

Let’s focus on what is new and interesting.

Clock. I wrote about it a long time ago, ca. two years ago. Small thing and enjoys me so much 😉 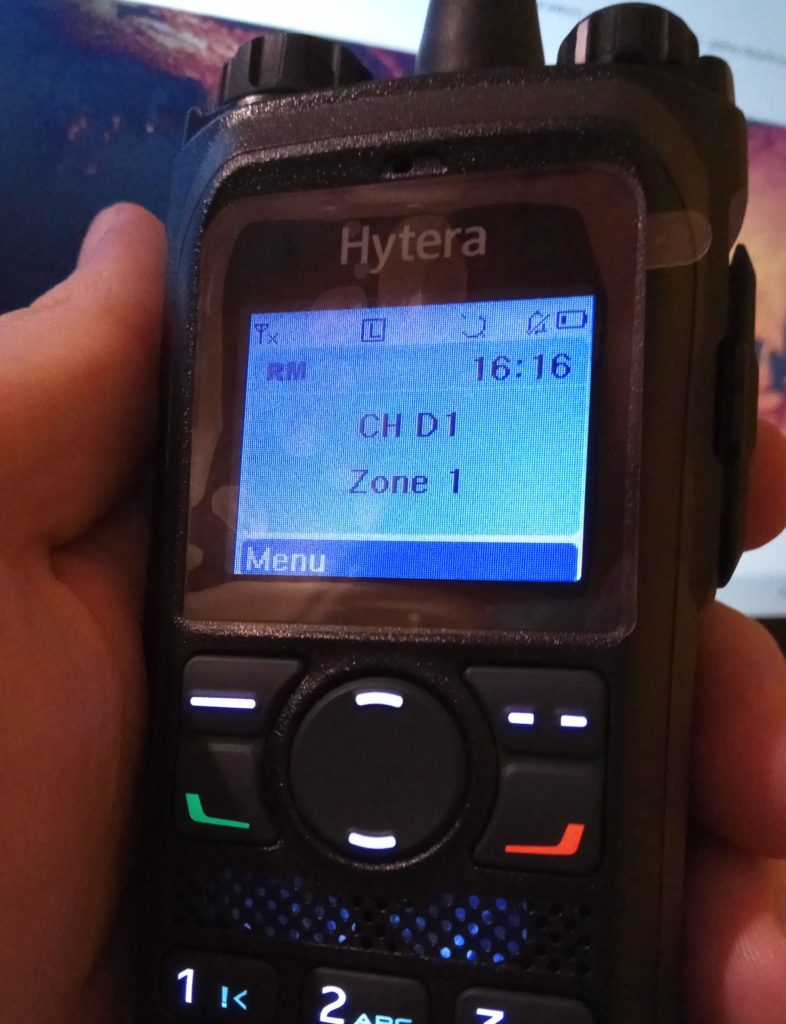 DMO Repeater ie. Single Frequency Repeater. It is, more specifically it can be. Unfortunately I don’t have possibility to check, because license costs… You can always support me and donate, I will be happy to check it for you! 😉 For an explanation whay DMR repeater is: the device simultaneous use of the two slots in the DMR mode, where on one slot radio receives and retransmits on the other one, what was at first. Using PseudoTrunk mode, it gives us a very big possibilities and advantages, without the need of setting mode. User just switches the channel to „Repeater” and has to work. Always works. So how, will you help me to test it? 🙂

As in X1P/e we have Bluetooth. In the lower models, which PD7x5 or PD6x5, Bluetooth was available through external equipment adapter connector. It works. I checked, it does not require a license. Phew…

The Hytera says about improving performance, but because I have the radio about four hours, I did not checked it out yet in the field. Several QSO shows that there is absolutely no differs from the already had long PD785G. The quality of my voice was good, and probably through the extensive menu audio settings can be even better.

Now it will be about what freaked me out. Speaker works very nice to the ear, audio is clearly and pleasantly. However, there is only one condition, which I experienced in the mobile radios -that noise while muting the radio when it was connected to. I always turn off the device sounds and that noise annoys me. I bury, look for, might be able to turn it off in CPS. Maybe you can not have everything … 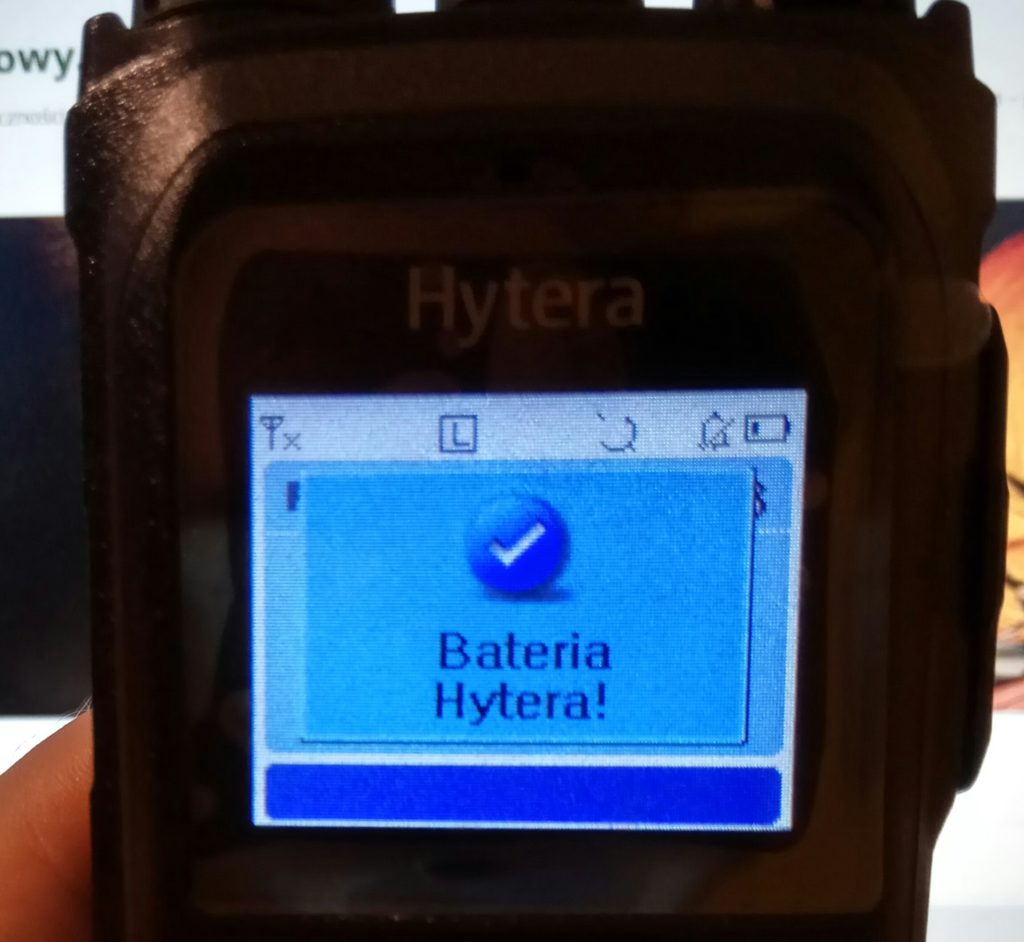 Separately will offer Hytera smart charger and batteries. Now when you turn on the radio, it displays a message that the battery is what it is. It can be assumed that if my battery was „smarter”, I could see more than just the level of its charge.

And recording transmission. There is slot for a microSD card. Of course, license … If it is not new feature to the market, this is the first radio of Hytera equipped with audio recorder. However is it in commercial products, we do not have anything in stock. But you already know it after the paragraph about SFR. I do not have knownledge about price list of this version of PD985 on polish market, it should be available in few days. But I do not expect that it will be cheap radio. This device in the highest-end.

So much for today. Very fresh and very fast lane, but I could not resist to open and write few words. The account number for payment and donations for licenses can be made available on the PM 😉

Stay tuned for next eposide of BlogRadiowy.pl!

This site uses Akismet to reduce spam. Learn how your comment data is processed.